The History Of The "One-Armed Bandit"

In the spring of 1888, a series of robberies took place in and around Hall County, Nebraska. The identity of the masked perpetrator has remained unknown but witnesses recall seeing one distinguishing mark; the perpetrator was missing an arm. “The One-Armed-Bandit,” as he was labeled by the media and law enforcement, continued his daring raids well into the fall of 1888, eluding authorities and mystifying frontiers. Every now and then, a lump sum of cash would appear on the doorstep of local orphanages and churches. Legend has it was the work of none other than the modern-day Robin Hood, better known as, “The One-Armed Bandit”. As quickly as the raids began, they abruptly ended. The bandit vanished without a sign and was never heard from again. To this day, his whereabouts remain unknown. Some believed he was killed while others were adamant he moved to Bolivia, where mysteriously similar raids took place years later. Over the next century, the legend and stories about, “The One-Armed Bandit,” grew and took on a life of their own. One thing is clear, “The One-Armed Bandit,” will live on as a legend, as long as his story continues to be told.

Legend has it that, “The One-Armed Bandit,” spawned a child and one of the descendants of that offspring is none other than Andrew Meier. In keeping with the spirit of generosity of his legendary kin, Mr. Meier opened a local watering hole in the year 2004 and named it after the great unknown Robin Hood of central Nebraska.

Bandits Sports Bar in Grand Island, NE is one of the finest drinking establishments with the best pizza, chicken wings & weekday specials you will find in the entire Great Plains. Bandits still remains a place that feels like more than a bar; it feels like a home-away-from-home. The current owners, Troy and Tim, achieved what many could not; they revealed the true identity of the legendary, “One-Armed Bandit”. In honor of his generosity, one can order the famous Heath style wings at Bandits, named after the man whose identity was unknown for so long. 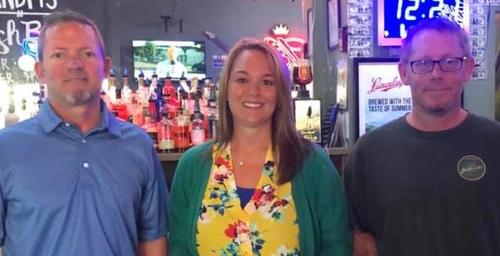